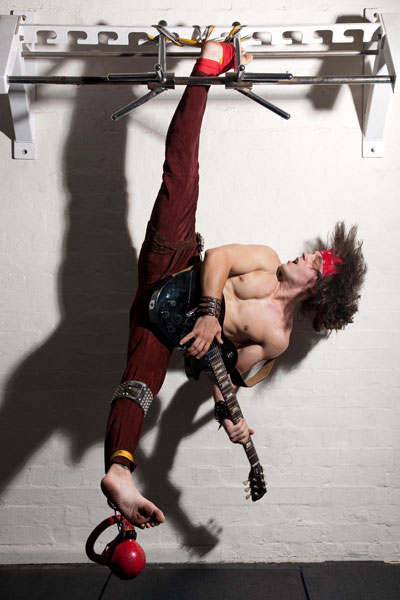 Sign up to our mailing list to receive our monthly Newsletter and stay informed about upcoming gigs, special offers and competitons that you can be a part of.

You can now purchase our third single "Looking At" from our iTunes store.

You can still purchase our second single "Not Fair Girl" from our iTunes store.

You can still purchase our first single "From the Center of Stonehenge" from amazon.com.

You can also purchase it from the our iTunes music store:

Request Lovemace on the Radio!

It has been many months in the making, but Love Mace's new single "Looking At" is finally here!-) You can check it out on Triple J Unearthed. It is also available for download from our iTunes store.

Lovemace's newest single, "Not Fair Girl" is now available to download! You can purchase it here on our iTunes site. Of course we have also released it's music video, which is available free to watch right here!

Lovemace's next music video, "Not Fair Girl" has been shot and is in post production with the aim to complete the final edit in time for the release of the single at the end of the year.

In case you weren't listening to the SBS Radio on the 28.04.2010, Milana & Eva were hosting a half hourly bi-lingual program on the SBS Radio and have invited Igor Breakenback – our own Hollywood stuntman as a special guest with a quite an impressive resume! During the show the two hosts discussed Igors break into acting and stunts as well as various ups and downs over the two decades in the entertainment industry. Further they kindly promoted Igors heavy rock band Love Mace and even played the bands first single “from the centre of stonehenge”.

We would like to thank the girls for their support. To catch Milana & Evas show on SBS make sure to tune in Wednesday nights from 9.30-10.00pm

In case you have missed the last Love Mace gig, here is a quick rundown. Gavin dressed in a Muppets Animal T-shirt and chopper handlebar moustache started bashing the skins for “from the centre of stonehenge” the first song of the night. While Igor had his trademark devil horns and low slung gibson and was headbanging from the first note he hit. With Love Mace being the first band of the night, the audience was nicely surprised how much heavy metal noise a two piece band can make. The dynamic duo Gavin and Igor then ripped into “looking at” which got the crowd going, only to mellow them down with the next song “caffeine”. “Higher Law Of The Universe” was the fans favourite on the night, while before starting the last song “like when we met” Igor did a costume change into his wrestling mask, and with Gavin really pushing the tempo on the skins Love Mace broke the sound barrier and everyone's eardrums!-))

muso2muso brings online networking to the next generation; it’s a free, one stop shop for musicians. Whether you’re a beginner looking for other musicians to jam with, a band searching for a new band member, or if you are an established band looking for recording studios and other music services, then muso2muso.com is the site for you. It even has a full listing of music teachers for those wanting to brush up on their skills.

muso2muso Jam N link is a monthly networking jam night, which is a must for muso's who want to jam, meet other musicians and listen to up and coming bands and artisits. Next event is at the Woolloomooloo Bay Hotel, Sydney 27th May at 7pm. Free entry!

Love Mace is recording more songs in the near future and wants to expand the band.

Here is the deal, we are looking for someone passionate with a drive to succeed. You have no expenses, we do not care about your level of experience, and the only thing we ask is that you are a honest hard worker who really wants to be a in a working band, basically no timewasters. You must be a teamplayer. You must commit. And you understand that no one is bigger or better then the band and the music!

What we offer is paid rehearsal space between 2 and 3 times a week for 2-3 hours. Being part of a band with original songs, website, merchandise and a business plan.

Our rehearsal space is in bondi junction, sydney, you will need your own instruments, but we can provide a drum set for tryouts.

So if you are a drummer, bassist, lead guitarist, or rhythm guitarist, or even just a vocalist, and you are into hard rock / heavy metal, then get in touch via email.

Love Mace on the Radio

MT is one of the biggest hard rock/heavy metal radio stations in the USA. They are also the first station in the world to have played Love Mace songs with our first single "From the Centre of Stonehenge on high rotation at the moment. If you are a metalhead or rocknrolla like we are, then make sure to check out their website.

Want to hear Love Mace on the radio in your town?